What is best cable alternative

So you've decided that you want to save money by leaving cable TV.

But figuring out the switch is a pain.

You've got live TV an on-demand streaming to deal with, not to mention the gear you're

going to have to get.

You're going to need great Wi-Fi if you want to rely on streaming.

Today we'll cover it all and figure out the best way for you to leave cable.

It'll be pretty broad, but know that we have in-depth reviews on a lot of the products

and services that I'll be mentioning.

Good news is that you've got a ton of options.

DIRECTV NOW has the most channel offerings and is pretty similar to their cable service.

They're a more expensive option, ranging from $40 to $75 bucks a month in comparison to

other services like Sling TV, which is a solid value option coming in around $25 to $40 a

If you're just not a huge TV watcher but still want the ability to, then try Philo TV for

Like most things, you get what you pay for, but luckily, all of these services are pretty

The biggest pro is that none of them are tied to contracts, so you can leave whenever you

So if you're just leaving cable and have some anxiety around it, then start with DIRECTV

NOW for a week and then try out Sling.

Or YouTube TV, which is also one of our favorites.

Take your time finding a fit and you won't go wrong.

Once you figure out which live TV service you want, you'll want to pair it with and

Netflix and Hulu are probably the most popular ones out there, but you've also got Amazon

Prime, HBO NOW, and CBS All Access all under $15 bucks.

And like the live TV services, there's no contract tying you down.

If you want to watch current shows like This Is US, then Hulu is your best bet.

Personally, there's something comforting about Netflix's red letters appearing on my screen,

but I will be subscribing to Hulu when the new season of Handmaid's Tale comes out.

I'm currently on the hunt for an HBO NOW login to watch Insecure.

Basically, it's all about the content to determine what service you need.

And hey, maybe you need all of them, that's a pro of their lower prices.

Now you can just log in to Netflix or DIRECTV NOW and watch it on your laptop or phone,

but if you want to watch on your TV you'll need a streaming media player, which is the

The main four are the Roku, Amazon's Fire TV, Apple TV, and Chromecast, which all basically

The biggest difference is price and interface.

Now the Apple TV is my favorite because I have an iPhone and a Mac so, I'm used to Apple's

If none of these sound good to you, you could always look into getting a Smart TV, which

Buy it, stick it to a window, and you've got access to every local channel like ABC, NBC,

fuss with too much.

One, pick a live TV streaming service you like.

Three, get a media player.

Four, get an HDTV antenna.

And you'll end up with a mix of services and devices that fit your needs.

Chances are that you're going to save a lot of money.

But we want to hear from you.

Have you tried any of these services or products?

Let us know in the comments, be sure to subscribe, and we'll see you on the next review. 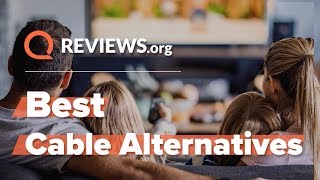 THE BEST CABLE TV ALTERNATIVE FOR 2020

HOW TO CUT THE CORD: How We Cut Out Cable & Satellite & Still Watch Everything - Including SPORTS! 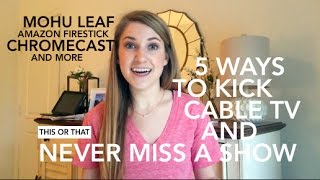 Best Cable TV Alternatives || This or That 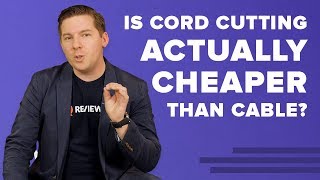 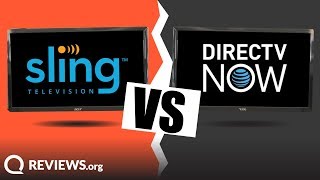 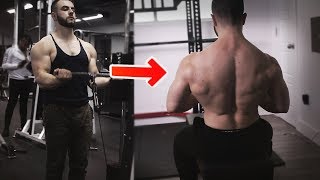 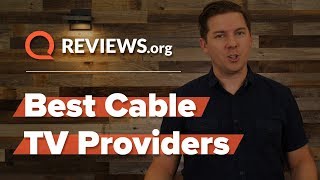 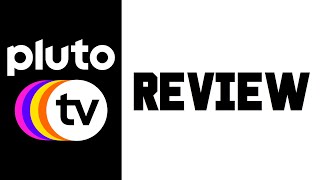